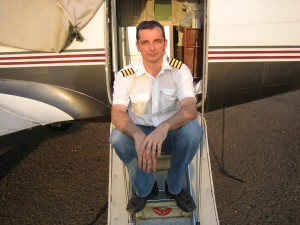 During my life I had the privilege to travel a lot. As a survey navigator I flew around the world in small airplanes on many projects. From Guatemala to Cambodia I spent many days, sometimes months in hotel rooms in strange countries. I began to write emails back home to inform my friends and family about my adventures. It became an archive of my life of which I am now publishing some episodes on this blog.

Originally born and raised in The Netherlands, I found my love and soulmate in Greece, where I now live. Settled down as a happily married family man I have taken up my old job again as an aircraft mechanic with Olympic Air.