May God Help Us All 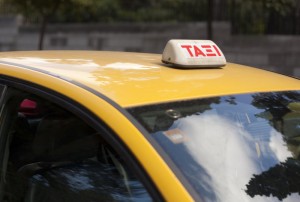 Athens, October 2013 – When I pick up the house phone the recording of a Greek lady monotonously tells me that the taxi has arrived.  With our little family we have just enjoyed the traditional Saturday morning breakfast. It’s not very often that I’m free on Saturdays, so it’s always an event when it happens. From the bakery around the corner I buy fresh croissants, raisin bread that is sometimes still warm inside and freshly baked sesame bread. Meanwhile Elina makes scrambled eggs with bacon and puts four glasses on the table. Fruit drinks for us and milk for the girls. Penny, the youngest, often wakes up early and is always quite relieved when the rest of us also wake up. Pavlina usually could not be dragged from her bed with five thoroughbred horses but always makes an exception for Saturday morning breakfasts. It’s nice to see that they also find it a great start of the weekend. Our girls. Fresh out of bed, their long hair still a bit scruffy, chatting about what they are going to do this weekend.

So it is with a smile on my face that I step outside, welcomed by the warm Greek sun. The air is a bit cool but the sky is clear blue. Autumn in Athens is just a little different than the Netherlands, it occurs to me. Over there they already suffered the first night’s frost, so I read. The wretches.

And indeed, there is a taxi waiting for me. Unexpectedly effective, this system. I get into the taxi next to the driver who mumbles a barely audible ‘Kalimera’. Actually, that is the only similarity between Greek and Dutch taxi drivers. I have yet to meet one who speaks Dutch. As for the rest, this guy looks like the incarnation of Zorba. Black hairy arms and a collection of gold necklaces hidden in a rainforest of chest hair. Albeit with a pair of tiny glasses on the tip of his nose.  Even Zorba is getting a few years older.

In my best Greek I tell the guy we’re going to Galatsiou. A district just past the Olympic Stadium where we will pick up my motorscooter. All the same to him and he’s not impressed. Peeking over his glasses Zorba plugs the address in one of the three little screens on his dashboard. It shows that those electronics were professionally installed by  a Greek Mastoras. A spaghetti of wires that are precariously held in place by large amounts of cellotape. For the most part, that is.

The rest of the dashboard is filled with gold and full colour religious icons. Around the rearview mirror dangles a chain made from thick brown beads. To the competent observer (that I am) it is quite clear that we are dealing with a very religious taxi driver. This is by no means unusual. In Finland (of all places) one of those zealots even tried to convert us once, on a trip from the airport to the hotel President in Helsinki. Needless to say I am not worried yet.

This changes at the first traffic light. As the light turns green I see, from the corner of my eye, how the good man makes the sign of the cross across his chest. That’s at least remarkable, methinks. But maybe I am mistaken. Maybe he just wiped some dust from his shirt. But at the next traffic light the same thing happens. The man really makes a quick cross every time we start to drive. Does he have no confidence in his ability to safely steer this taxi ? With me in it ? Or does he not trust the rest of the Greek drivers to do so ? The latter is not entirely implausible. I don’t trust them either. And even if you totally distrust your fellow drivers, even then things can go wrong. After all,  we are now on our way to pick up my repaired scooter that I competently fumbled under a truck just three weeks ago. Paid for by the insurance  of course, as there was not a functional turn indicator to be found on that heap of rust. Even the abrasions on knee and hand have healed again. Just to be clear, for a religious man like Zorba, being in Greek traffic all day long, a little help from above is always appreciated. But to make a cross at every traffic light is taking things a little bit too far as far as I’m concerned. I feel uncomfortable.

My mind wanders back to the day I was going to Medinah, Saudi Arabia, not too long after the 9/11 events in New York. With KLM I flew to Jeddah, then a taxi to the domestic terminal and with the reputable Saudi Arabian Airlines to Medinah. After much confusion I had finally found my seat and wiped the sweat from my brow.  Boarding had finished and the plane taxied to the runway. Once aligned with the runway all of a sudden a dark arabic voice sounded from the loudspeakers, chanting  Allahu akbar, Allahu akbar followed by an unintelligible prayer. This was immediately followed by the engines revving up to full power as the plane raced down the runway faster and faster and faster. At any moment I expected the plane, piloted by a bunch of bearded extremists anxious to meet their maker and 72 virgins, to swing around and crash into the terminal building. For the outside world I managed to control myself, but inside I was screaming “OH MY GOD OH MY GOD WE’RE ALL GONNA DIEEEEEEE!!”.

Surprisingly around me I only saw newspaper reading Arabs and next to me a mother smilingly leaned over to her daughter to point at something outside the window. I gradually calmed down a bit. I concluded that either the flying skill of the crew, or the technical state of the aircraft left something to be desired and as such warranted a quick prayer just before take-off. Let’s just say it was my western secular character that caused all the unrest at this point. I arrived at Medinah, unscathed and a little bit more experienced.

So now I am in this taxi. I try to strike up a conversation about the lovely weather, but don’t get any more reply than a simple ‘Nai’.  I also notice that he only makes the cross when I more or less look the other way. To me this means that the man himself knows it is not quite normal to do so.  Fortunately, there is not much traffic on this Saturday morning and after some searching (the left screen does not seem to agree with the right screen, as far as navigation goes) we find our address. The meter indicates 10 euros 50, but Zorba tells me that 10 euros would be quite ok. Well that’s a first ! A taxi driver that gives a tip instead of demanding one.

But I conclude it is probably because he is so very grateful that once again he survived the trip.

Posted under General and tagged with athens, religion, taxi
Comments (0)